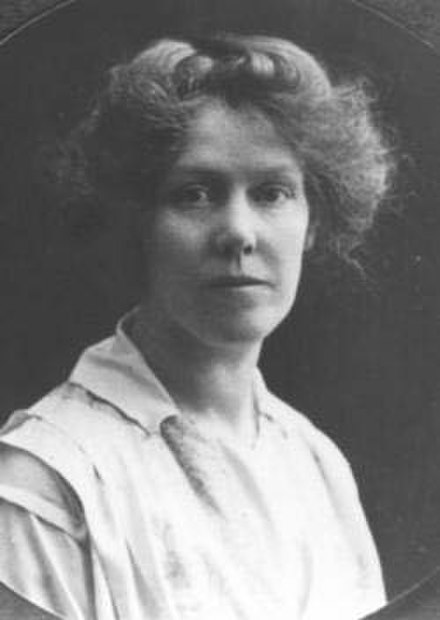 In 1917, 1 Rudolf Steiner first articulated his ideas on the Threefold Social Organism. In 1919 he published his work under the title Die Kernpunkte der Sozialen Frage in den Lebensnotwendigkeiten der Gegenwart und Zukunft (Basic Issues of the Social Question; Towards Social Renewal.)2 This essay will consider the unfamiliar history surrounding the translating of this important work into English. In particular, it will consider the mini-mystery drama that portrayed itself in the translation, and how this possibly reflects the wider issues affecting the germination of the three-fold social question in English sphere of life.

In describing the events and people around the task of translating the work into English one needs to begin with Edith Maryon (pictured). In 1912, Edith Maryon3 met Rudolf Steiner and within a few months, despite limited financial resources, left behind her former life in London and travelled to Munich to devote herself to supporting anthroposophy under Rudolf Steiner’s direction. Under the care of Sophie Stinde, a loyal colleague of Rudolf Steiner, she learnt enough German to take a full part in the lectures and to join in the stage performances.

Over the following years, together with Marie von Sivers and Ita Wegman, she belonged to the inner circle around Rudolf Steiner and anthroposophy. At the end of 1914, she finally moved to Dornach to begin on the models for the first Goetheanum and the management of people carving the architectures of the big hall. Edith and Rudolf Steiner together designed the large sculpture, “The Representative of Humanity” (The Group) and the eurythmy figures. In the winter of 1916, Rudolf Steiner almost fell from a scaffold erected around the 9.5-metre-high statute. With a collected presence of mind, Edith caught hold of her teacher as he fell saving him from serious injury, if not actual death. Rudolf Steiner referred to this as a ‘karmic act’.4

To the work of translating

Next in this story, we must be introduced to George Adams and Ethel Bowen-Wedgwood. In a written account, George Adam’s, around the end of the Great War (1918), introduces Mrs Ethel Bowen- Wedgwood, the wife of Josiah Wedgwood M.P.,5 to the work of Rudolf Steiner. It is important to note here that Josiah Wedgwood was a radical social reformer and Member of Parliament and was considered a ‘high priest of the cult of Georgeite6 [Henry George7] economics’.8

In the spring of 1919, after receiving a copy of ‘Die Kernpunkte’, Ethel Bowen-Wedgwood and George Adams wrote to Rudolf Steiner that the book should quickly be made available to English readers and offered to translate it. Rudolf Steiner put them in touch with Edith Maryon who had been given the task to translate it and which was making progress.

Edith corresponds with, and even sends the copy of her draft translation, but Ethel and George were incredibly disappointed with the amateurish attempts and communicated this back to Rudolf Steiner who invited them to Dornach to ‘go into the whole question’.

In late September of 1919, the two arrive and are greeted warmly by Edith Maryon. While waiting for the return of Rudolf Steiner, she gladly shows them the carving work in progress on the ‘Group’ and allows them to help with the work of removing superfluous wood (roughing out) during this time; an experience which must have surely stayed with both of them throughout their lives.

Over several meetings during their stay the two explained to Rudolf Steiner, and in the presence of Edith, the ‘impossibility’ of her draft. George remembers that Edith did not take offence and in the end she said she “had only offered to do it because no one else was at hand; she did not really feel competent in this realm and gladly withdrew”.9

Later the same year, Mrs Bowen-Wedgwood’s translation was published in London, entitled The Threefold State. It was well received and a later re-translation was renamed The Threefold Commonwealth.10 Ethel went on to translate other works including The Michael Mystery, Artistry in Education and other lectures. It should be noted that Ethel had previous experience in translating work and in achieving publication.

In 1920, after the publication of The Threefold State, George Adams on the encouragement of Rudolf Steiner attempted to build up a movement for the Threefold Order. The only lasting effect that grew out of these efforts with other anthroposophists, and in particular the younger generation, was an educational movement. George Adams saw this as a result of intellectual idealism leading men to continue to wrestle with illusions rather than for spiritual reality.

The Threefold Commonwealth League, and beyond

The illusions to which George Adams refers are clearly seen in England during the years of 1920 to 1922 with the anthroposophical journal entitled The Threefold Commonwealth League11 with 150 registered members. Although it dealt with anthroposophical ideals, it began to examine in some detail the ideas of Webb as expressed in a Constitution for the Socialist Commonwealth of Great Britain and those of G.D.H Cole, as outlined in Guild Socialism Restated.12 The journal’s orientation was towards socialist and labour opinion.

In the 1930s, the Threefold Commonwealth Research Group was begun but only lasted a few years. Over these years well-known individuals such as D. E. Faulkner Jones and Owen Barfield played their part to attempt to bring wider cultural awareness to the importance of Rudolf Steiner’s work. Sadly, the question of social renewal and the threefold social body came to England at a time when thoughts of reengineering the world were filled with socialist illusion and intellectual noise. So the potential was missed.

One hundred years later, and armed with hindsight of the two-fold socialist utopias and the dreams of free market capitalism we stand again at a place of global social renewal. In contemplating the events surrounding the translation into English I think we can see within it a drama that tells the story of the wider issues.

Why was Edith Maryon, a sculptural artist, first asked by Rudolf Steiner to translate such a work? What might have happened if the work of translating had been left to an artist working in the cultural/spiritual sphere? What might have happened if, instead of wrestling away the task, Mrs Bowen-Wedgwood and George Adams had acted as Edith had done for them in allowing them to help her with the carving of the ‘The Group’ and supported her to finish the task of ‘roughing’ out the translation and then working to bring the translation work to a successful completion? The action of the economic and rights being a support to what the cultural/spiritual sphere had still to gestate.

Certainly, in the English realm, Steiner’s ideas were indeed wrestled into the hands of those involved in rights and economics spheres until it was all but abandoned by the wayside and with little impetus to create lasting effects. What might have been if only the cultural artistic sphere had been allowed time to nurture and care for it with the support of the rights and economic spheres before it was taken out into the world; alas the critical urgency of the times did not allow for this to happen.

Perhaps at the centenary, and yet another critically urgent moment, let us remember the importance of the artistic hand and heart in all our cooperation.

4 Halle, J. Wilkes, J. The Representative of Humanity Between Lucifer and Ahriman: The Wooden Model at the Goetheanum. 2010. Sophia Books